Now in its twelfth year, our annual celebration of Nebraska and Iowa filmmakers includes short comedies, dramas, and documentaries. This year’s guest jury had the challenging task of reviewing 48 submissions, ultimately arriving at a feature-length collection that once again demonstrates the creativity and talent at work in our region.

Generously supported by Mutual of Omaha 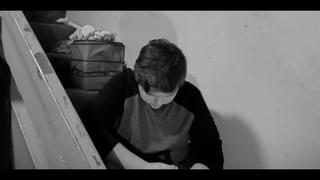 Landon "Poe" Fiscus, 15, of Omaha, NE, has been producing short films since he was 13 years old. Landon started by writing, directing, and acting in his own films, including Focus. He is now more focused on writing and directing his future projects. Focus was part of a three part short film project Landon put together for his own 13th birthday called Teenage Triple Feature. Landon with his company 1 Poe Productions is currently in preproduction on his next project called, F.

Landon is excited and appreciative to be part of this year's Showcase with so many other talented local artists. 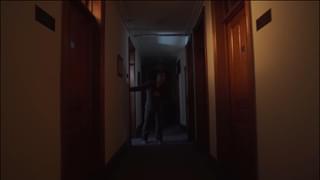 The Music of Erich Zann

A young music professor, Bernard, dives into madness after becoming fixated on a piece of music he hears coming from somewhere inside the mysterious and sinister Rue Family Inn.

Elijah Quinn is a 22-year-old filmmaker from Beatrice, NE, and a recent graduate of the Johnny Carson School of Theatre & Film at the University of Nebraska-Lincoln. Passionate in telling stories, he has long been involved in the arts, ranging from instrumental and vocal music, theatre, and the art of film.

“I am most interested in bringing unique stories to life through the frame, constantly being inspired by various voices, genres, and styles of cinema. Filmmaking is important to me as it combines my passion for all forms of art. It’s such an incredible honor to be included in this showcase by one of Nebraska’s most cherished establishments in the exhibition of film.” 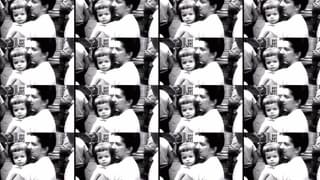 "Mankind has probably done more damage to the Earth in the 20th century than in all of previous human history." - Jacques Yves Cousteau

“I think every age has a medium that talks to it more eloquently than the others. In the 19th century it was symphonic music and the novel. For various technical and artistic reasons, film became that eloquent medium for the 20th century." - Walter Murch

The James Ryan Professor Emeritus of Film Studies at the University of Nebraska, Lincoln, Wheeler Winston Dixon is a teacher, filmmaker, the author of more than thirty books, and over a hundred articles.

As a film and video artist, Dixon's works have been screened at The Whitney Museum of American Art, Anthology Film Archives, The Museum of Modern Art, The BWA Contemporary Art Gallery, LA Filmforum, The Microscope Gallery, The British Film Institute, Studio 44, OT301, Filmhuis Cavia, The Jewish Museum, The Millennium Film Workshop, The San Francisco Cinématheque, The New Arts Lab, The Collective for Living Cinema, The Kitchen Center for Experimental Art, The Filmmakers Cinématheque, The Amos Eno Gallery, Sla307 Art Space, The Oberhausen Film Festival and at numerous universities and film societies throughout the world.

In 2003, Dixon was honored with a retrospective of his films at The Museum of Modern Art, and his films were acquired for the permanent collection of the Museum, in both print and original format. Since 2015, Dixon has been working in HD video. In 2019, his new video work - more than 500 videos in all - was collected in the UCLA Film Archive in Los Angeles. 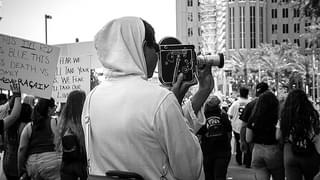 In the midst of a global pandemic and cries for justice, a safe space for Black artistry, creative healing, and radical love opens in Iowa City, IA. 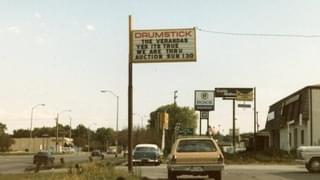 The documentary, REMEMBER THE DRUMSTICK, is focused on the main character, Tim Lohmeier, an exceptional young man with an intuitive ear for musical genius. He becomes the catalyst for the transformation of a family chicken restaurant to an iconic rock club. Themes include the circumstances for the transformation, and its effect on his family, the town, the music scene, the patrons. The memories of the musicians: their lives on the road and their unforgettable relationships with Tim are all there, ready to be explored. The producer/director, Catherine (Cathy) Lohmeier, Tim’s younger sister, is uniquely qualified to tell this story through interviews, music, and the few Drumstick artifacts that remain. The documentary itself is her brainchild and she has had tremendous success gathering the talent needed to complete the project. Those who were there — fans, family members, musicians, friends — have been enthusiastic subjects.

Cathy is the seventh of eight children of the Lohmeier Family and the close sibling of Tim Lohmeier who was sixth. She is dedicated full time to producing and directing REMEMBER THE DRUMSTICK which is her first full-length documentary. 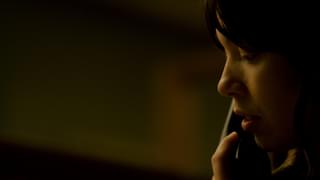 Small town obituary writer, Helena, must decide to run or face their past when a familiar death notice lands on the desk.

Marissa loves telling compelling stories with unexpected protagonists and moments that tug on your heartstrings. Family dramas, cerebral dramas, and anything with an authentic lead character are Marissa’s preferred projects. She has a passion for creating complex roles that challenge actors and absolutely loves collaborating with her cast to bring performances that feel authentic and powerful.

Marissa grew up in Iowa and still returns frequently. Her past few films (Next of Kin, Domicile, and Knee High) were all filmed in Iowa with frequent collaborators, DEFT. She loves bringing together crews that turn into friends and keeps a strict “no a******s” policy.

She is not currently represented. 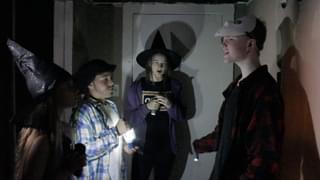 After raiding the honor bowl, friends Jake, Jade, Sean, and Bella decide to investigate strange sounds coming from a rumored demon worshiper house on Halloween night. They get their fill of candy and also get their fill of terror when they find out things aren't all that they seem.

Kaylie Waite is no stranger to the film community. She has seven years of experience, her first role being an infected little girl in the film REMISSION at the age of 8. Later, she landed the emotionally charged lead role in SKELETON DANCE as a child being raised in an abusive home. She enjoys her time on set meeting new cast and crew as well as watching how a film comes together. Kaylie has learned about acting, costumes, makeup, props, being an assistant, and at age 11 she wrote her own script TAKE ONE. At age 15, she directed her first film and wants to learn all of the pre production and post production that comes with it. She is excited to share her experience with her fellow students at the Arts & Humanities school. 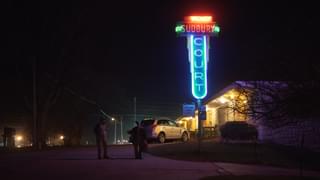 Two men who work together but don’t like each other are forced to make a trip home for Christmas together. Things get interesting in this heartfelt comedy/drama when their truck breaks down and they are forced to cooperate in closer quarters than either would like.