Synopsis
A young boy sets off on an afternoon adventure with an enchanting mutt.

Judge's Statement
As a non-linear, self-reflective narrative that starts with the budding friendship between a young boy and a dog, Drawn Together ponders about inspiration, imagination, and creation and points to love as the source of artistic passion. Tapping into the innocent and inspiring energy of childhood, the film draws us immediately to its characters and story, and within its short time span, succeeds in building an emotionally charged world. In doing so, we are called forth to remember the candid urge to discover, create, and share that comes with childhood curiosity. The capable direction of a child and an animal actor, and a lovely original score adds to the reasons as to why we believe Drawn Together is a great illustration of a strong short film. — Bilgesu Sisman, Community Programming Manager 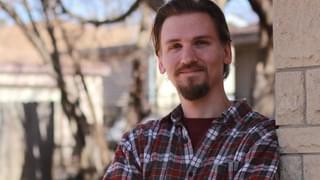 Peter O'Brien is an award-winning screenwriter* and filmmaker. He has directed feature films (Misery Loves Company* (2012) and Running Through Darkness* (2018)) among various shorts, documentaries, and music videos. He earned a Creative Writing degree from Purchase College, SUNY, where he honed his story-telling skills.

Inspired by the tradition of independent filmmaking, he simultaneously and autonomously cultivated his filmmaking skills. Peter approaches his craft fueled with self-reliance, inventive resourcefulness, and meticulous commitment. He dovetails his vision with realism to push every project to its creative potential.

Peter’s writing has often been described as dark and detailed and his films have always been praised for their technical and narrative proficiency.

See How They Run

See How They Run