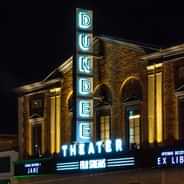 The Lost Leonardo is the inside story behind the "Salvator Mundi," the most expensive painting ever sold at $450 million. From the moment the painting is bought for $1175 at a shady New Orleans auction house, and the restorer discovers masterful Renaissance brushstrokes under the heavy varnish of its cheap restoration, the fate of the "Salvator Mundi" is determined by an insatiable quest for fame, money and power. As its price soars, so do questions about its authenticity: is this painting really by Leonardo da Vinci?

Unravelling the hidden agendas of the richest men and most powerful art institutions in the world, The Lost Leonardo reveals how vested interests in the "Salvator Mundi" are of such tremendous power that truth becomes secondary.

Please be sure to review our Health and Safety Guidelines for details on the precautions and procedures you can expect at our cinemas, and how you can help us reopen safely and successfully.

Remember a mask. At this time, we ask that all patrons, including those fully vaccinated, wear a mask in our cinemas, unless seated and eating or drinking concessions. This will allow our staff to focus on providing excellent customer service as we make our transition back to daily operations.

Seating: Please note that due to our lowered capacities and distancing, it may not be possible for all individuals in a group to sit together.