I, TONYA is a great film, albeit a complicated one. Aesthetically it uses staggering tonal shifts, dark humor, and persistent fourth wall breaks to create a propulsive narrative that is unpredictable even to those who know Tonya Harding’s story well.

But the most striking thing about the film is its ability to remind you what an amazing skater Tonya Harding was. She was the first American woman to land a triple axel in competition. The jump is so difficult, production had to use CGI for the film because both of Margot Robbie’s skating doubles could not master it.

Though the film rightly revives the admiration for Harding’s athleticism it also insists on showing the real, flawed human that accomplished such outstanding feats. It was surprising to me when I learned Harding loved the film because it is not as flattering a portrait as one might expect. She and her husband are in a mutually abusive relationship; she is hot-tempered and uncouth; she sabotaged her biggest competitor — and though the film pushes forward Harding’s narrative of events, the film wryly undercuts her credibility, showing us Harding lying and exaggerating the truth on numerous occasions.

In an interview with W Magazine star Margot Robbie spoke about portraying Harding and whether she believes Harding’s version of events, “I wanted there to be a clear distinction between the ‘real’ Tonya and the one I would be playing [...] I didn’t want to sugarcoat her [... And] there were things that didn’t add up. Facts were muddled. But the more I became Tonya, the more I saw things from her point of view. I’m on her side 100 percent. I don’t think she did anything but be different from what the world wanted. There are cool misfits, and then there is Tonya. She didn’t fit in. And I love that.”

A film critic on Twitter recently mused, “I wonder what it’s like to be Nancy Kerrigan right now?” That is, what must it be like to see yourself almost completely erased from a narrative that is half yours? What is it like to see the person who had some part in your assault be resurrected as a “misfit” or even a hero? In our current moment of reckoning with various forms of abuse this is not an easy question to answer — and one that is probably outside the scope of actors’ press junket sound bites or inspiring awards speeches. But it is definitely a question that looms over the entire film for the audience to answer themselves. 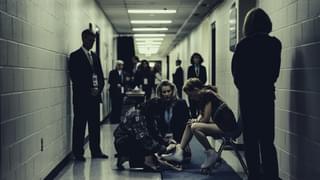