This winter, join us for a trio of Midnight Movies that plunge into very well trodden action-film territory. It's a tribute to the genre's love affair with the waterways of Los Angeles, curated and hosted by Film Streams Communications Director Patrick Kinney.

As a kid, I was a dedicated consumer of Super Saturdays, a weekly block of programming on an Omaha TV affiliate reserved for B-grade action movies. Heavy-handed performances, ludicrous plots, and get-what-you-for visual effects were a few of the calling cards of these flicks, but I became fascinated with another commonality that many of them shared. It was a place.

You know it: It's a desolate no man's land, a canyon made out of concrete divided (perhaps) by a trickle of water. It became Hollywood's preferred place to set all kinds of showdowns, drag races, and car chases. The Los Angeles River and its associated aqueducts, viaducts, and bridges, have been featured in hundreds of L.A.-shot films, from those B-movies of my childhood to some actually great movies. For years I've dreamed about a series that collects some of the best films that feature iconic moments down in those depths. Here are my three favorite. 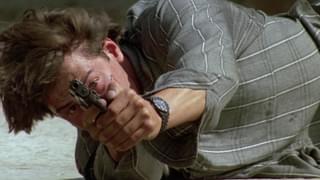 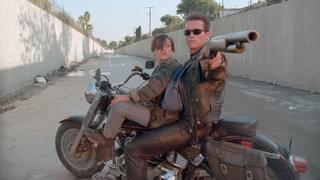 One of the great ‘90s movies of any genre, this unstoppable juggernaut of a film kicks into gear with an epic L.A. River chase pitting motorcycle against semi. Also provided the definitive action movie method for unlocking chain link fences on the go: shotgun. 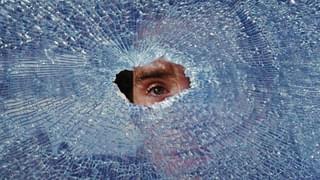 William Petersen is after an unhinged counterfeiter (a young Willem Dafoe). Though the car chase in Friedkin’s The French Connection is rightly praised, this film’s seven-minute-long, white-knuckle pursuit featuring the famed 6th Street Viaduct is arguably superior.