Alexander Payne & the cast of NEBRASKA in conversation with Kurt Andersen

For Feature V, the work of Alexander Payne took center stage when he and the stars of his wonderful film NEBRASKA – Bruce Dern, Will Forte, and June Squibb – joined Kurt Andersen for a lively conversation in which Mr. Dern (who has worked with Alfred Hitchcock, Hal Ashby, and Quentin Tarantino, among others) called Alexander “probably the greatest director I’ve ever worked with.” More than 1,600 attendees helped raise over $300,000 for Film Streams. 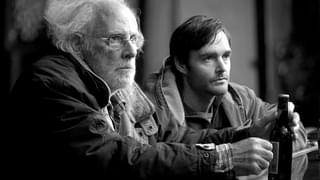