ICONS: A Conversation with Chloé Zhao

We are honored and thrilled to bring you an event that speaks to the heart of our mission — the discussion of film — featuring one of today’s most exciting filmmakers.

While ICONS is available for all to enjoy for free, we invite you to donate what you can to help keep our organization strong. 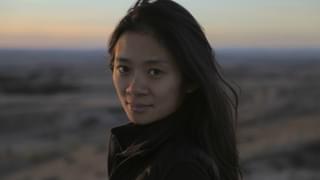 Director Chloé Zhao has released three feature films — Songs My Brother Taught Me, The Rider, and Nomadland. In her first two films, Zhao employed an inventive blend of documentary and narrative, working with nonprofessional actors portraying lightly fictionalized versions of themselves in stories rooted in their own life experiences.

Zhao’s new film, Nomadland, winner of the Golden Lion at this year's Venice Film Festival, is both a refinement of that hybrid approach and a departure. Directing two-time Oscar winner Frances McDormand against the vast landscape of the American West, Zhao has accomplished new levels of authenticity and poetry. The film, already drawing much-deserved Oscar buzz, comes just ahead of another major directorial milestone for Zhao: the fall 2021 release of Marvel Studios' Eternals starring Angelina Jolie, Kumail Nanjiani, and Salma Hayek.

Film Streams is so thankful to the following for their generous support.

Contributions through ICONS: A Conversation with Chloé Zhao support Film Streams' programs and operations, sustaining us during an unprecedented time and helping us come back strong.